As you can tell from the title, I have something to announce, but let’s start off with the race report from Whistler… 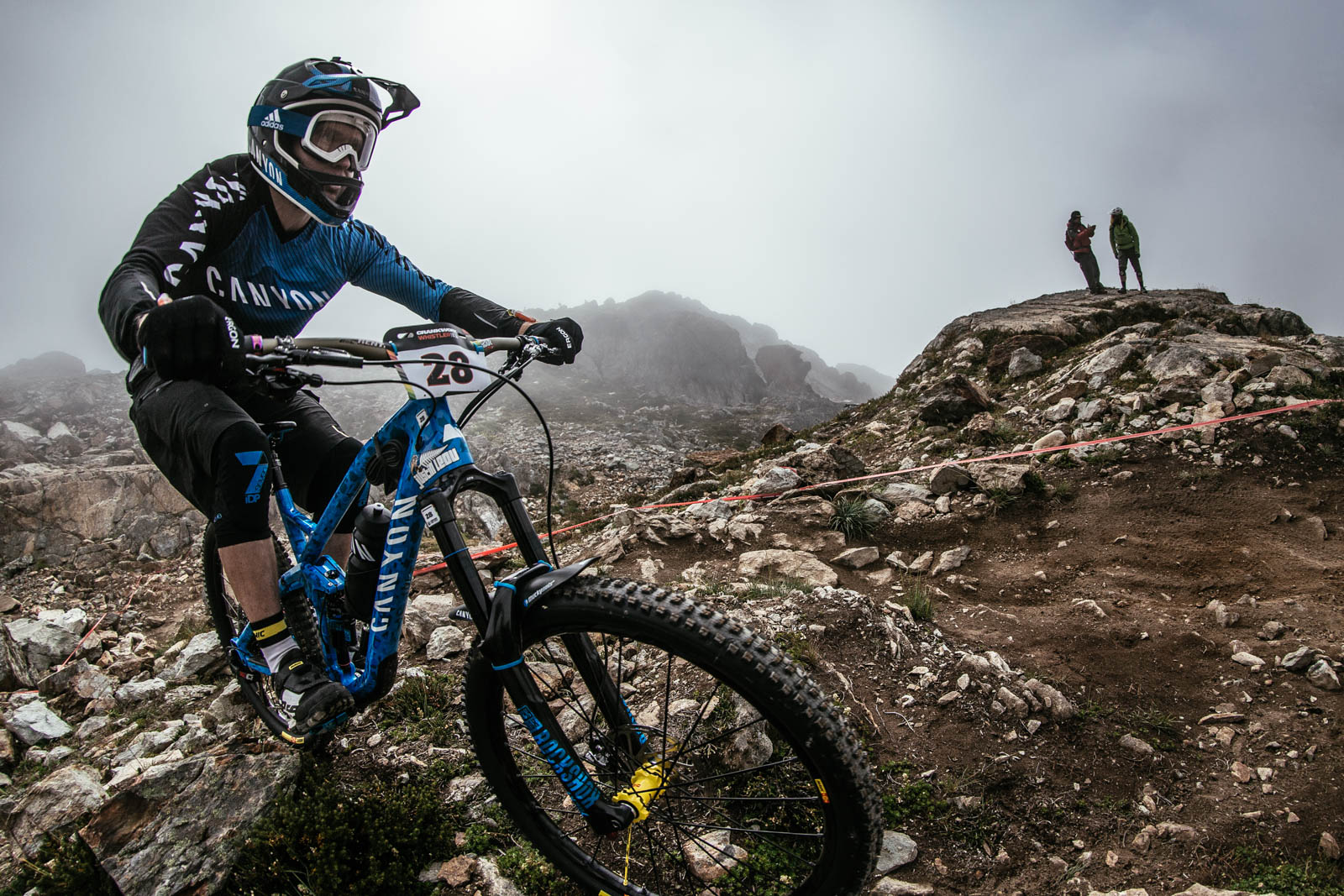 Coming in after Aspen we were greeted with a smoky arrival. The forest fires really made the air quality bad and even a normal ride was hard on the lungs. The stages this year were very blown out and it was going to be the race of the year in terms of holding on. Top of the world trail into Ride Don’t Slide was going to be close to 20 minutes and that trail is like doing 1000 push-ups! 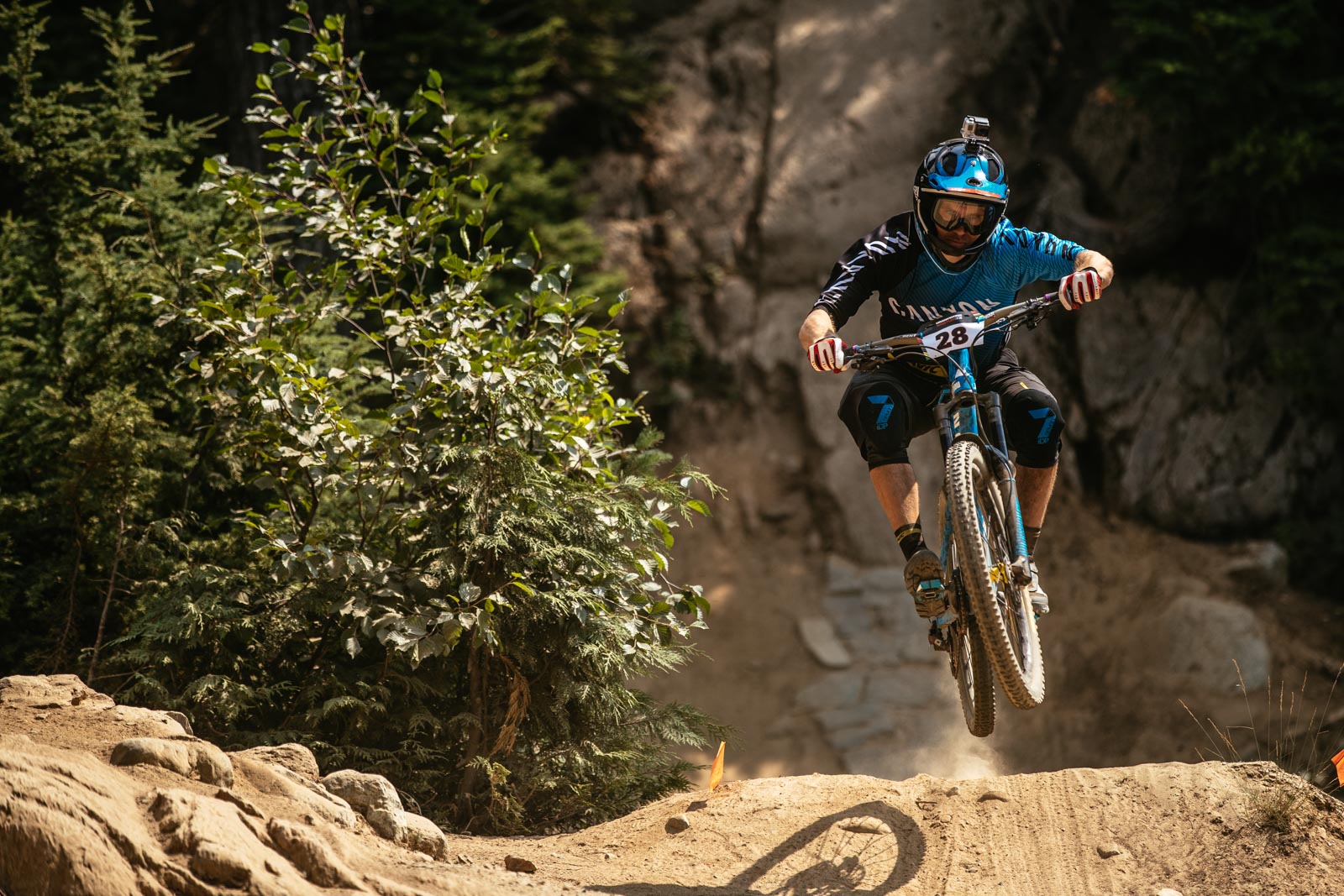 I setup my bike a bit different to Aspen, up on the travel on the fork again to 180. Big brakes and lots of extra compression to handle the bumps. An FTD front and rear to help with punctures.

With the extremely dusty trails in practice we were greeted once again with rain, before the race and drizzle and showers on the day. This would make the first stage of the day slippery in places but almost perfect conditions for the rest of the day. 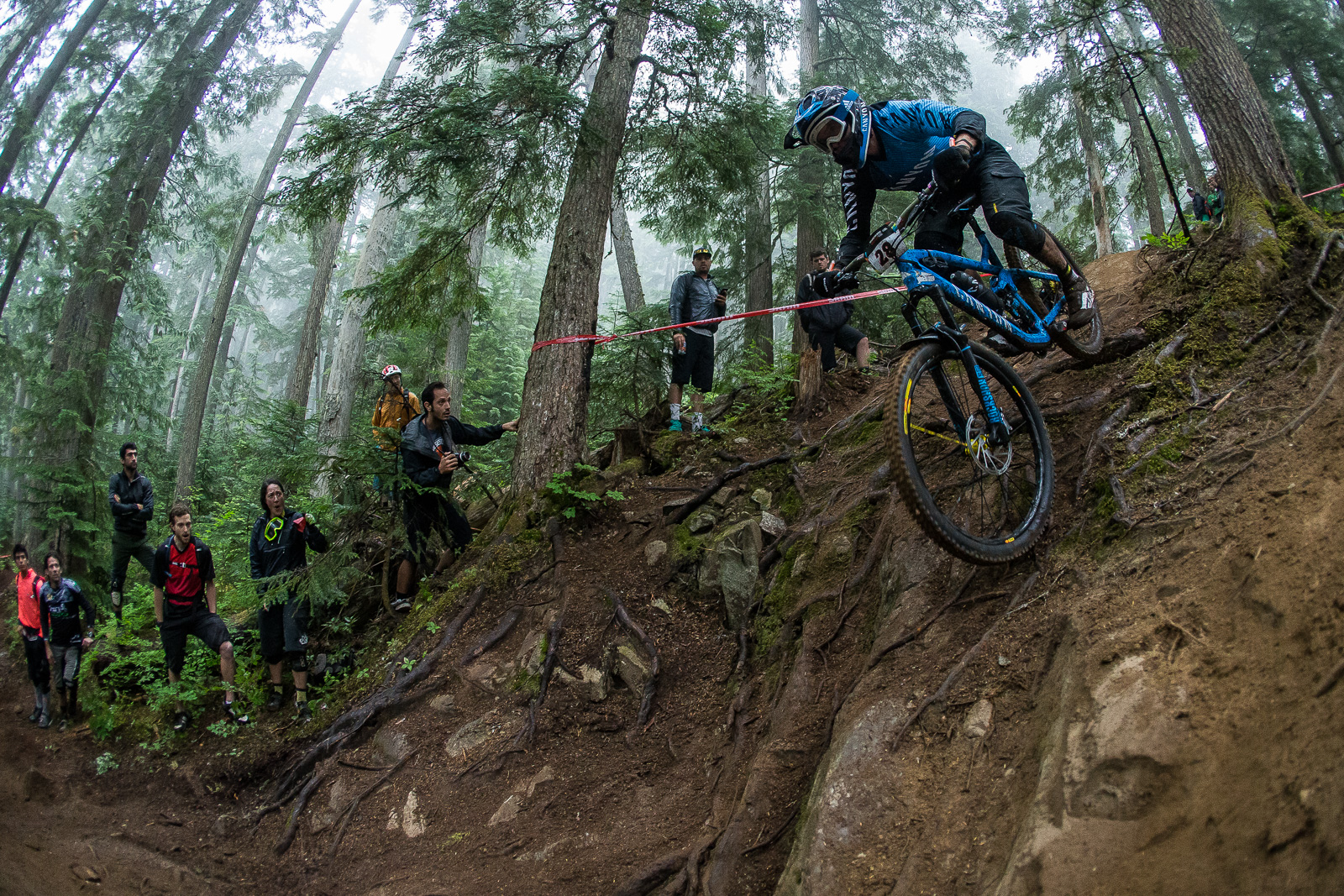 Dropping in for the first stage I was ready to go. Speed was there and pushing on I had a crazy stage. Two crashes on slippery roots but not a lot of time lost and a good feeling. Arms were feeling like rocks at the finish! 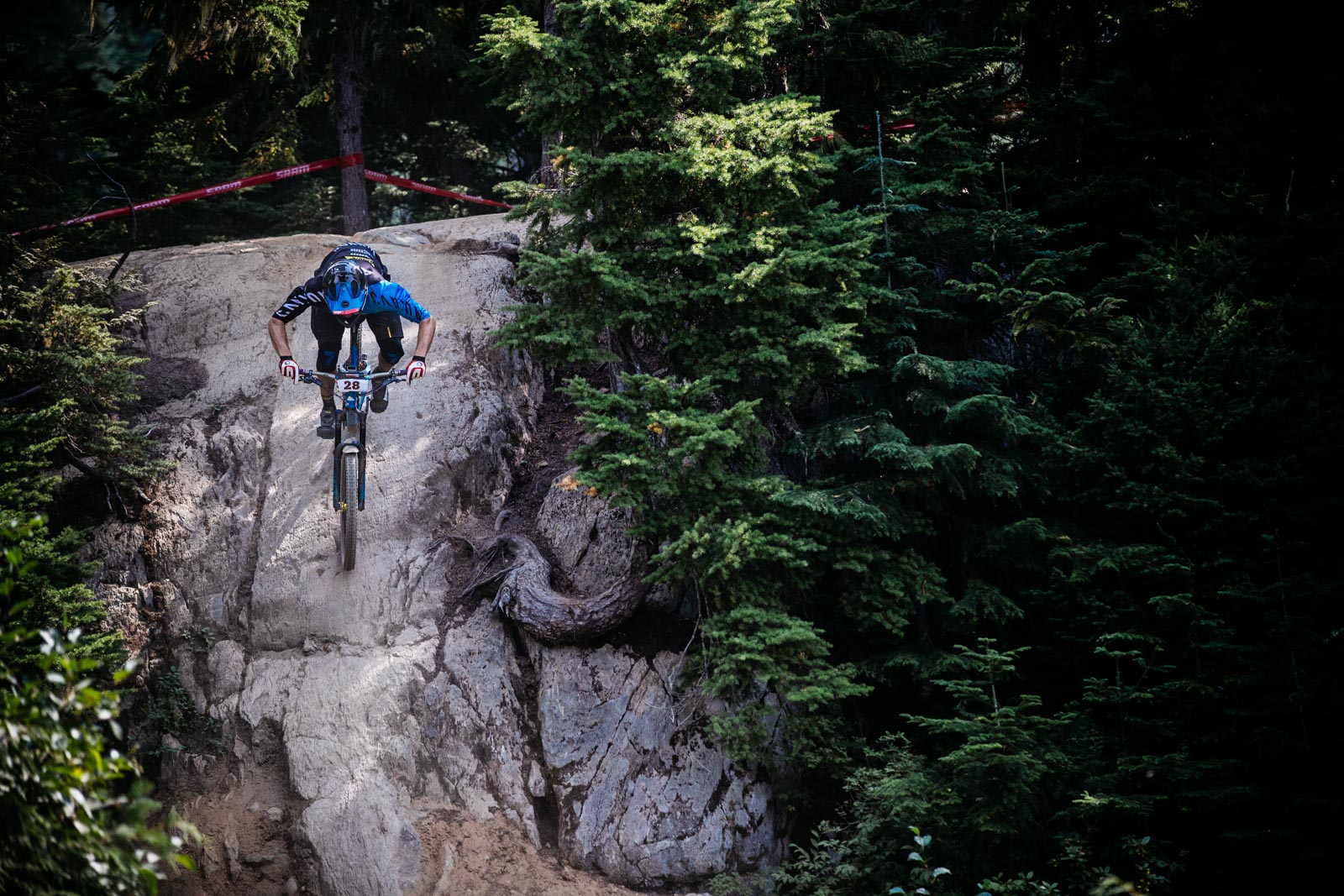 Stage 2 was a physical short stage and had a lot of rock rollers. I didn’t enjoy this stage in practice as it didn’t have as much flow as the other stages but in the race it worked for me and I put in a solid stage.
With rain showers climbing up to stage 3 I got a little cold and dropping in I felt stiff for the first corners. Getting into the run towards the end of the stage was a little late but that’s racing. 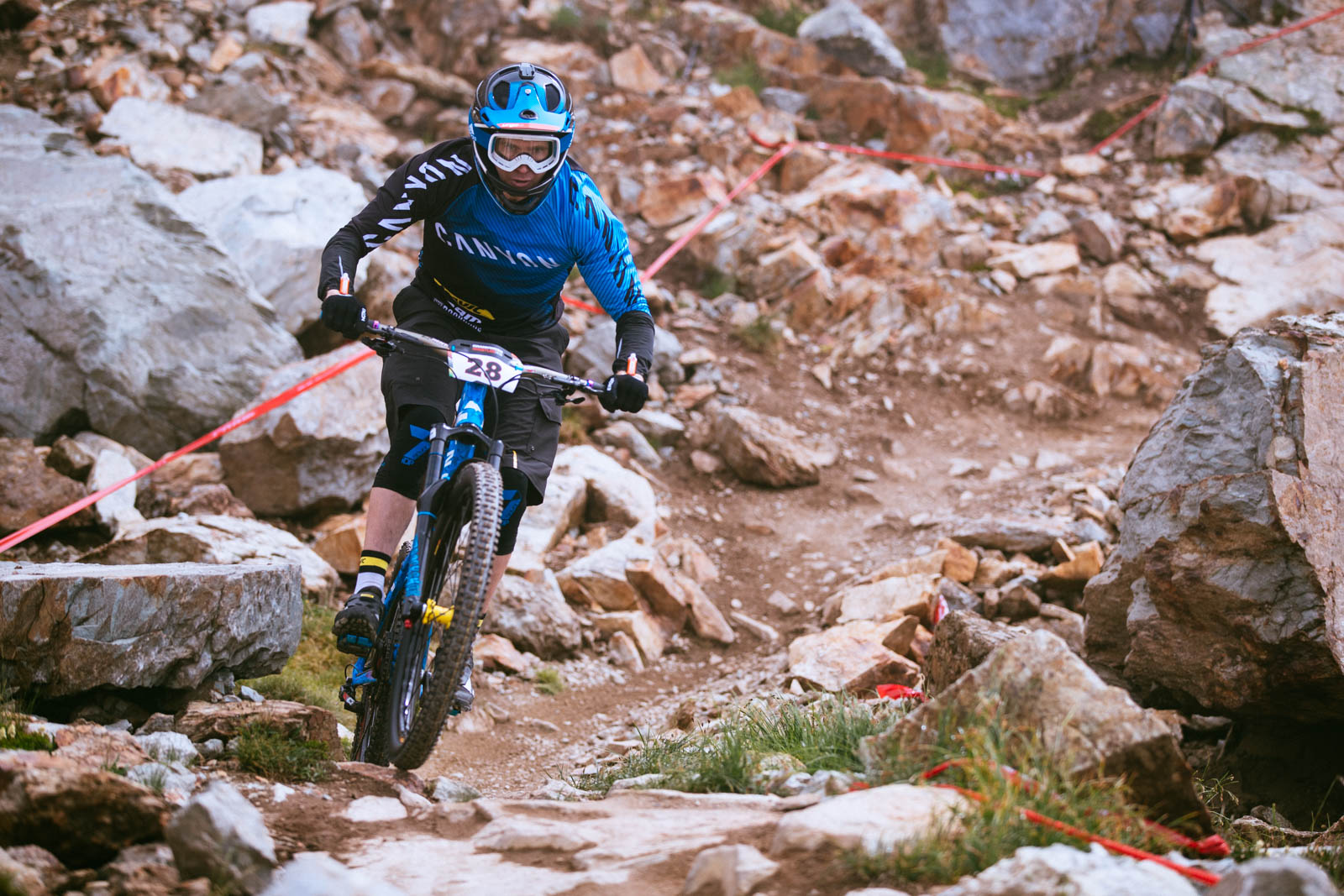 After a tech stop and then the longest climb of the event, we were at the last natural stage of the weekend before the bike park stage. This stage was extremely dusty and razor sharp rocks. Hitting something at the start of my run I was sure I had a front flat tire but luckily the air held and I could continue without issue. I hit my derailleur towards the end of the run and keeping it in gear was now a problem. 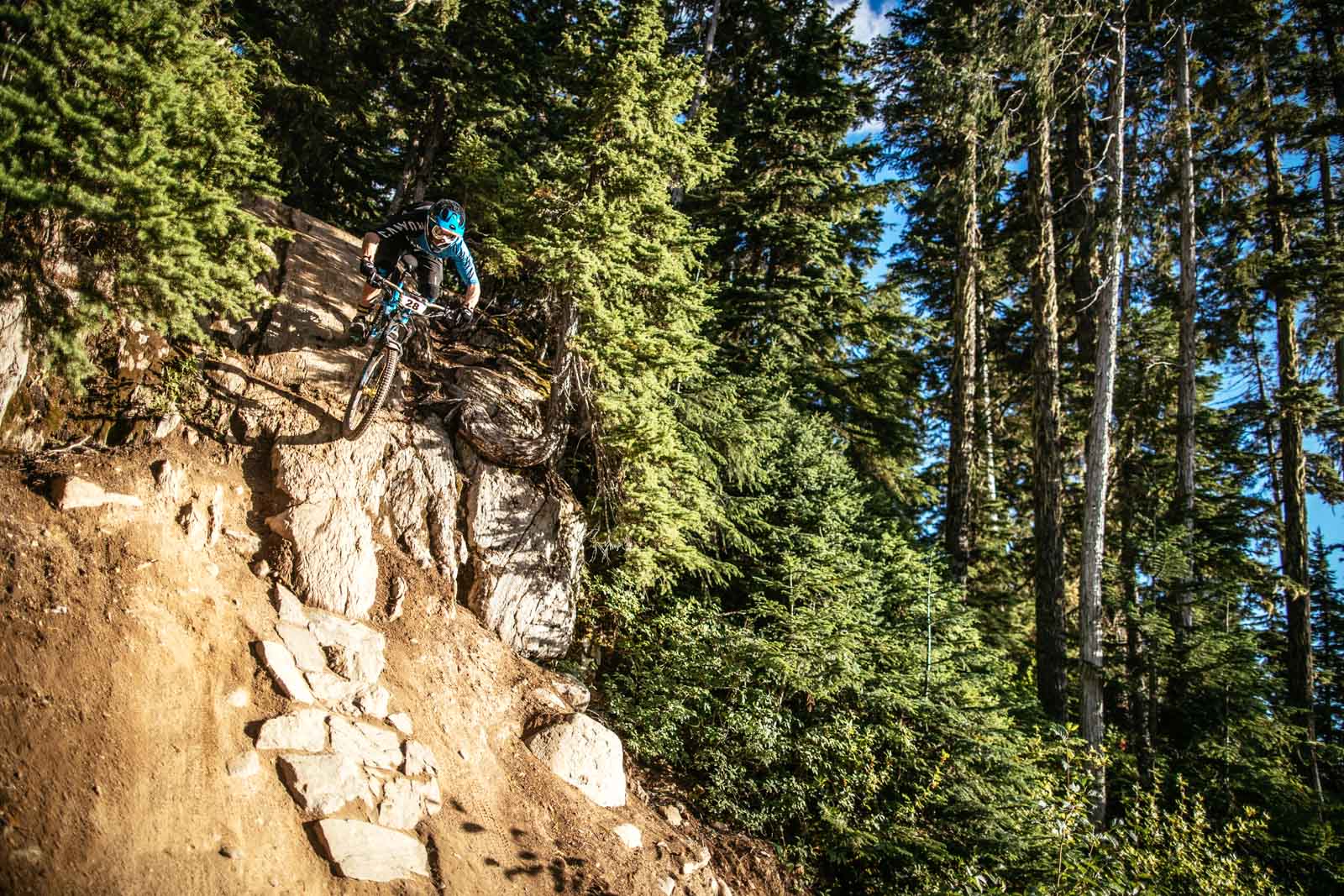 A bit of work on the cable tension helped get it to hold a gear and with the last stage of the weekend I had a solid stage to finish. Definitely a tough race on the body and bike but very happy to finish in 22nd without any major injury or mechanicals.

Coming to Whistler this year I knew it would be the last roll out here for me. It’s been one hell of a ride but the time is now right for me to hang up my boots. Finale Ligure in October will be my last official race and then I plan to be at home a lot more next year to get into a few projects and more time spent with my family and kids. 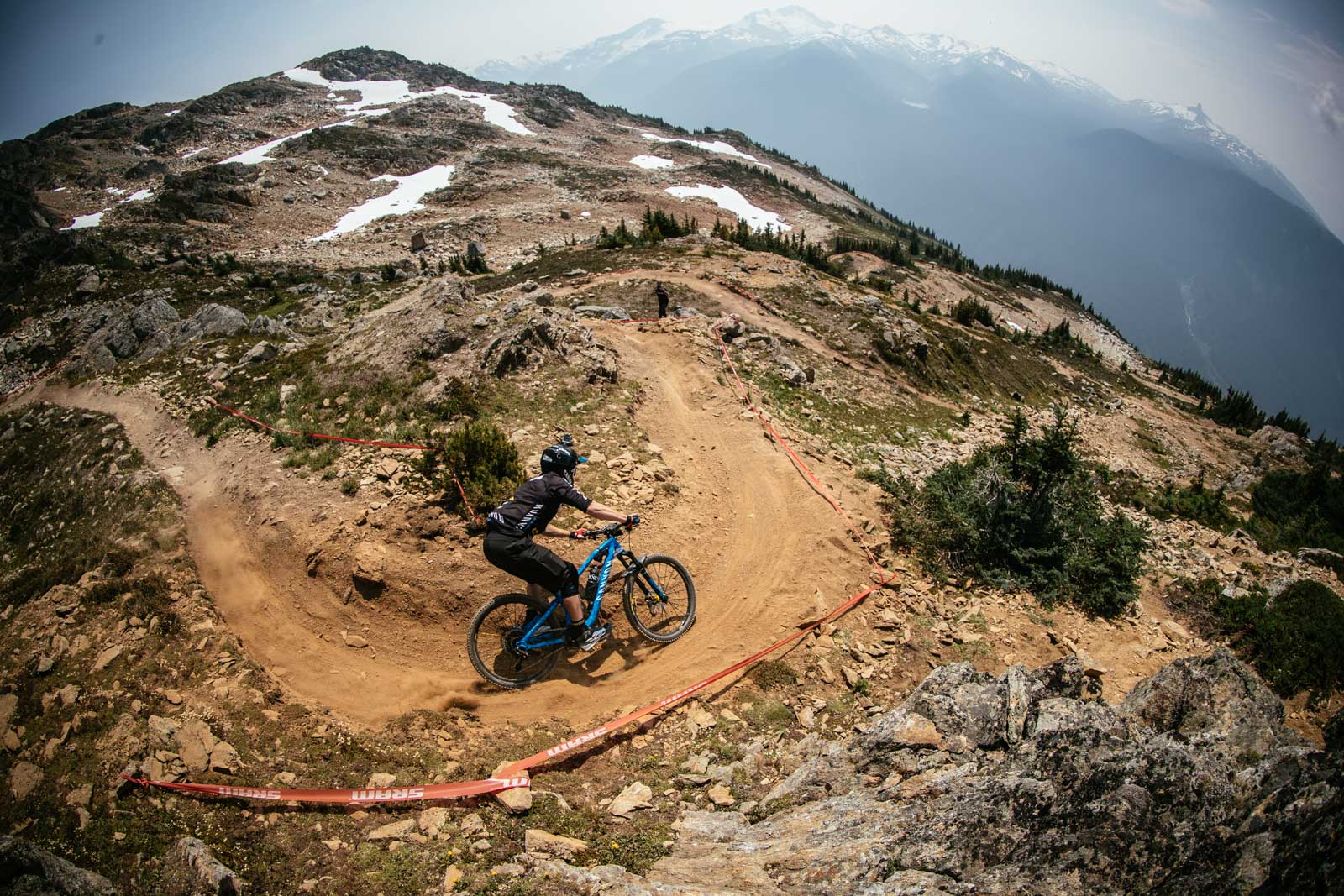 My wife and I have just purchased a block of land which used to hold National Downhill and Cross Country races when I was in my DH career. It’s been many years since the tracks were used and with the trees cut from the land two years ago, a lot of work needs to be done to get them reinstated. We have just replanted 28 hectares in trees so now it’s time to get the tracks back in. We plan to have accommodation on the property so anyone wanting to come visit NZ and do some trail building get in contact!

I’ll also be coaching next year so I won’t be completely removed from the industry; two wheels once in the blood stays for life I believe!

I’d like to take this opportunity to thank the people who have influenced my racing career. My manager Martin Whiteley, the guidance, professionalism and friendship, thank you.

Jason Marsh for the first years of help while in Europe. Teaching me to sneak into hotels in Switzerland to get free showers haha!

Gery Peyer for the two seasons on the Suspension Center team when I got my first World Cup podium, and for putting me up in Bern, Switzerland, for the summer.

Chris Conroy, Hoog and the Yeti Cycles crew for signing me up. Damion Smith for coming and getting me when I broke my collarbone at a race while he was on vacation. The Trek crew, Ray Waxham and the awesome engineers especially Dylan Howes . Mark Fitzsimmons from Fox, many years and some really good times. The Go-Karting and Fitzy’s block moves on the Frenchies will always be burned into my mind! Justin Frey for the tuning, awesome years.

My mechanics over the years especially the late Chris “Monk Dawg” Vazquez, thanks for keeping the bikes running sweet. Ben Arnott for being rad, and soigneur Paul Schlitz you are awesome! Never knew anyone who brought a keyboard to a race and played in the pits while we were practicing.

The Canyon crew, Flo ( RIP), Larry for being an incredible mechanic and then stepping up to being Team Manager. Fabien Barel for advice and belief.

To all my team mates over the years, these are the people who really make the races good times. Sharing lines and setups and good mates! Thank you. My coach Steve, cheers for keeping me fit and on track. 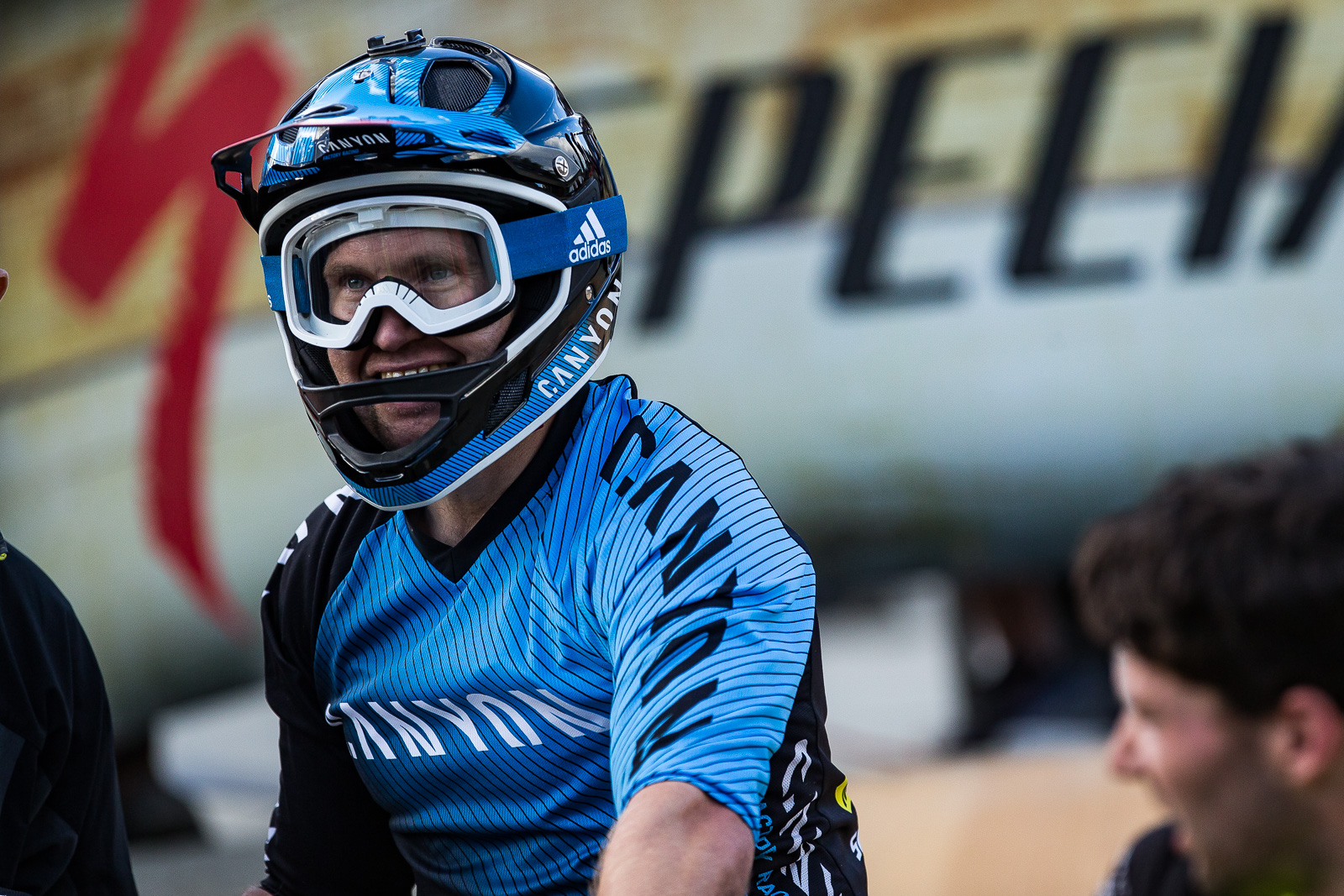 Adidas Sport eyewear, David and Reini thank you for the support with this diary and everything else you do for our sport.
Théâtre des Opérations, Jean-Pierre Coupé for advice help and getting these Diaries translated into five languages.

Lastly my awesome wife Victoria and all the #teamleov family. You can’t do this game without a strong support network at home!

To all the fans. Thank you very much. One last outing, see you all in Finale Ligure!

Will the rain ever stop? This week saw me back to one of my favorite race