Will the rain ever stop?

This week saw me back to one of my favorite race venues. Everything about the Irish crowd is another level compared to any other race we go to. It is something special, where the racing is so intense due to the size of the hill. 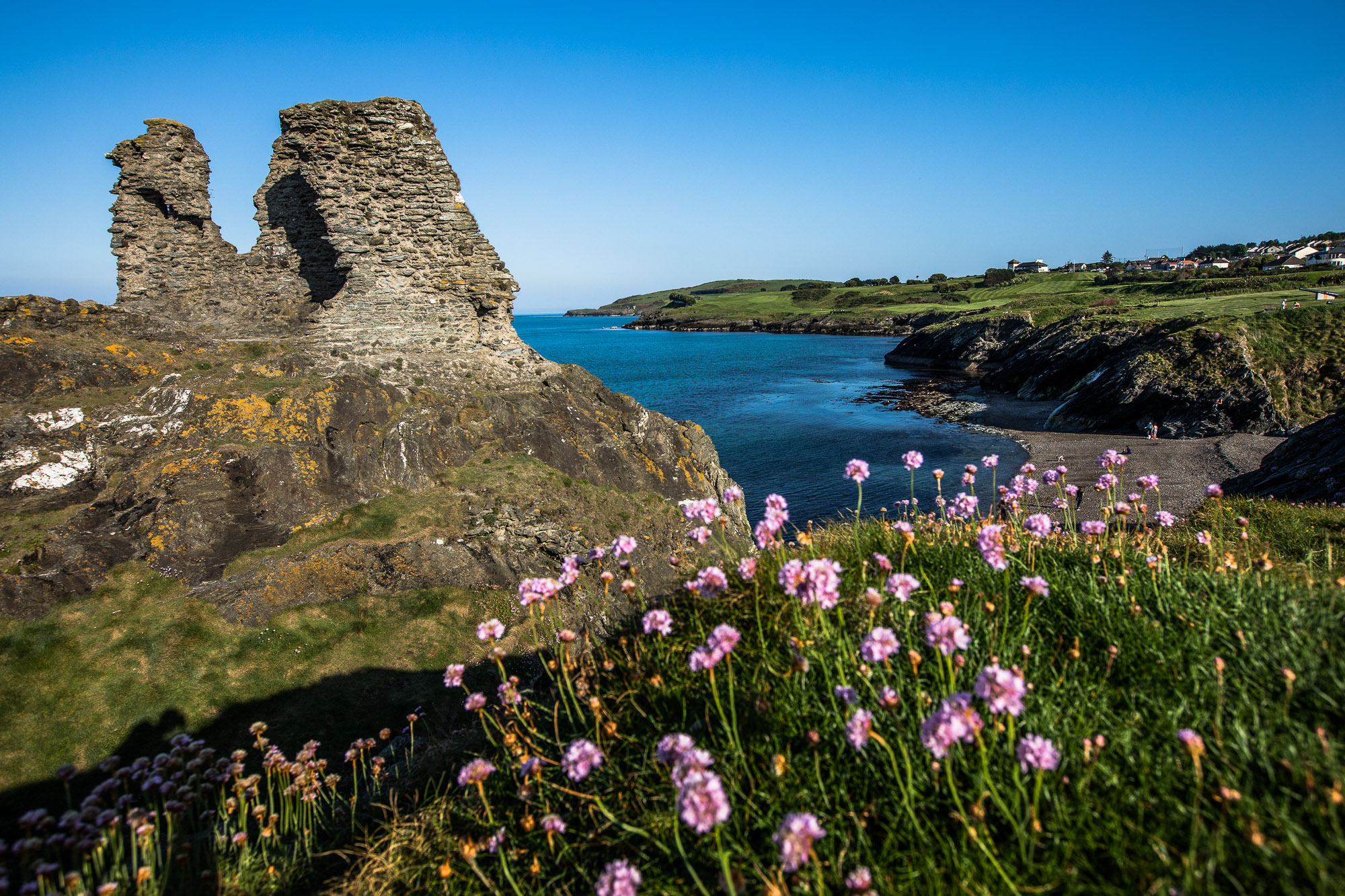 I’d spent the week between races in Nice in southern France doing some training, in the area where Fabien Barel lives. It was good to get back to some hot weather and recover after Madeira. Moving onto Ireland I was there in good time and able to walk all the stages and get a feel for the setup for the race. 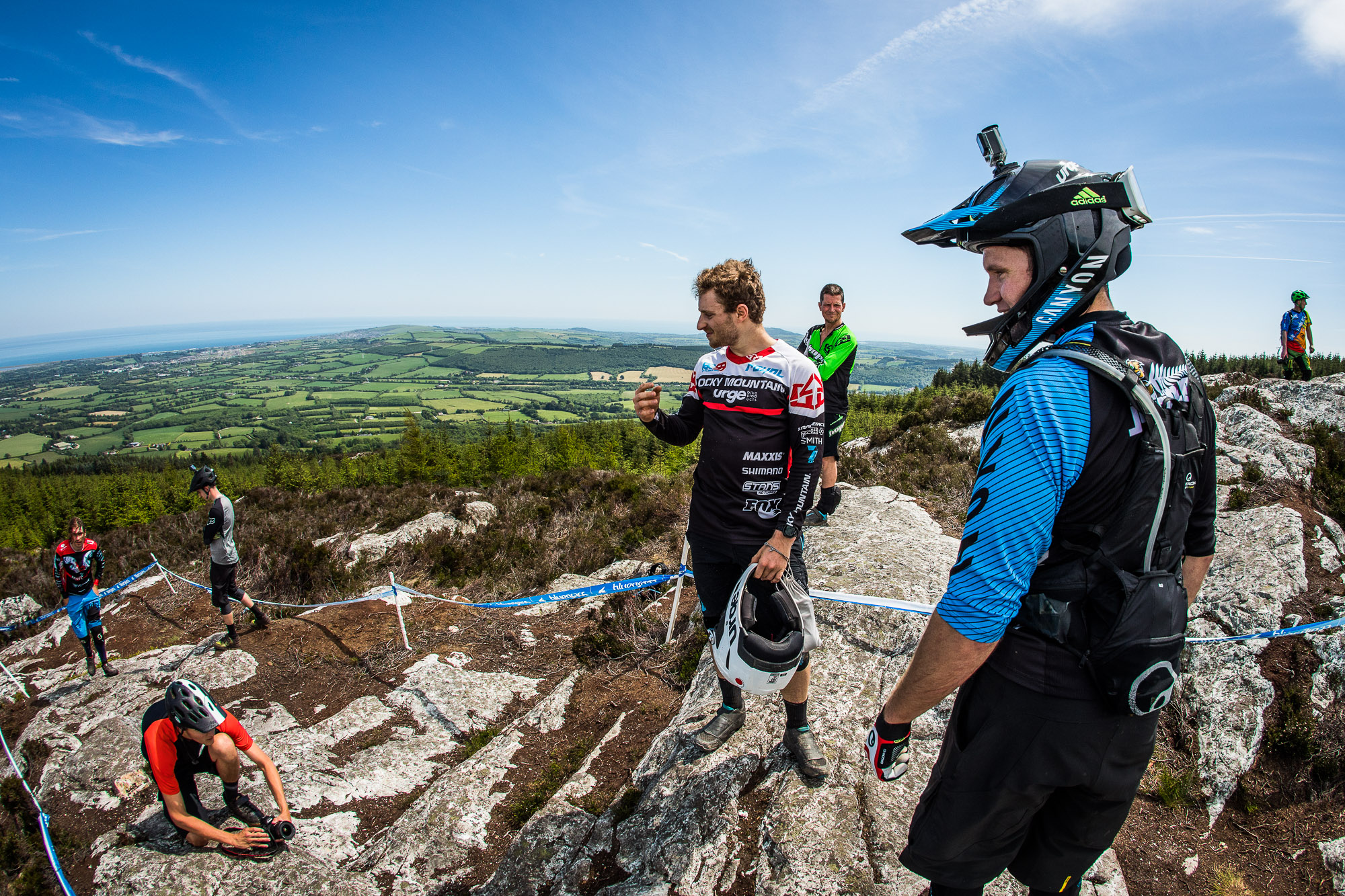 Last season I missed the race here due to poor health. This year a lot of the stages looked very similar to what I ‘d raced two years ago. Wicklow has a lot of rocks, which are known to destroy the tires, so it was important to have a strong tire and avoid those as much as possible.

During the week we experienced what the locals were describing as a heat wave for Ireland. We started practice and the trails couldn’t have been better. What a place when the suns out! Unfortunately it wouldn’t stay and Saturday saw some torrential rain and rivers coming down the stages. We knew Sunday’s race was going to be nothing like the dry trails we’d enjoyed on Friday. 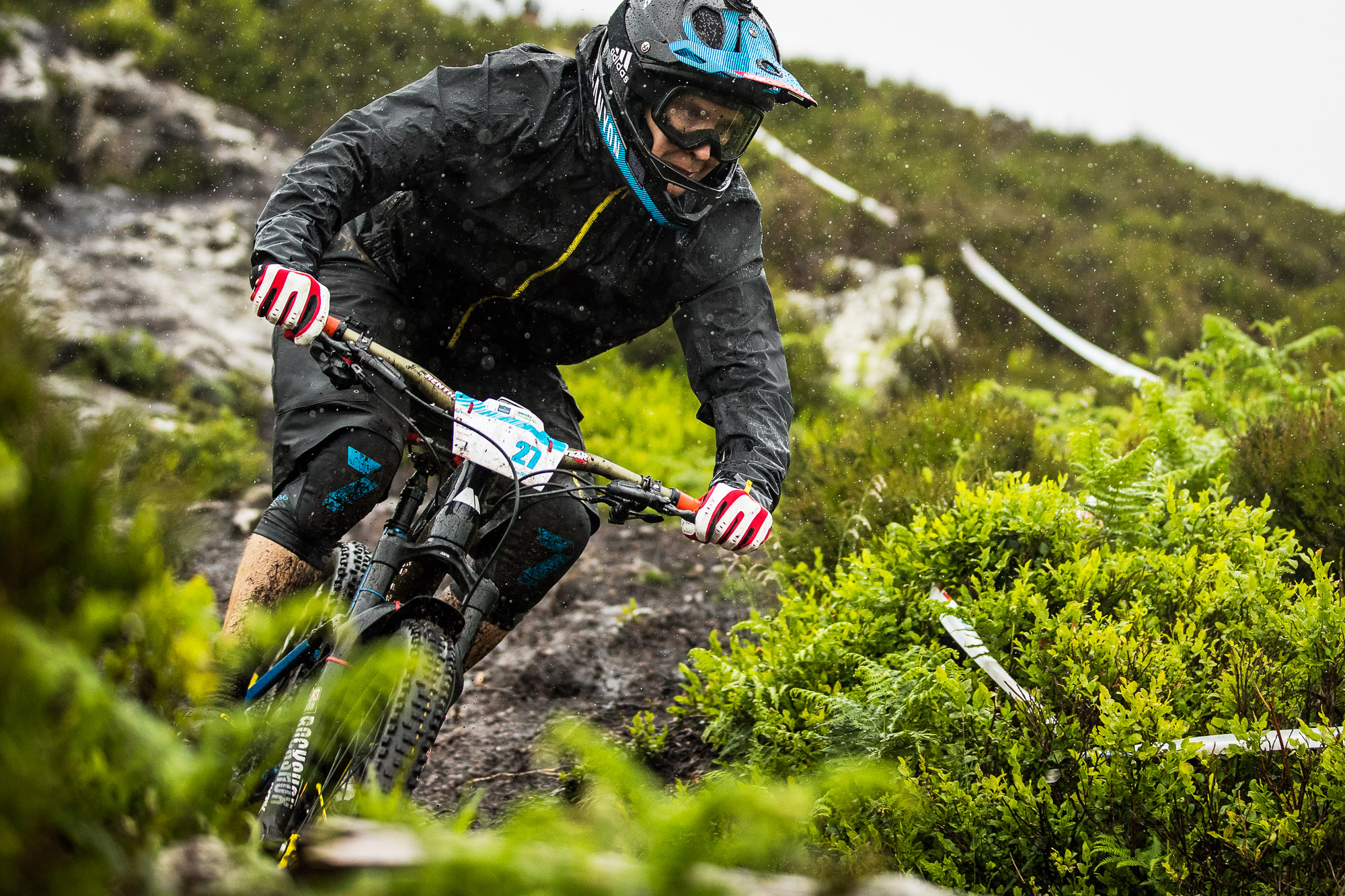 It’s always a challenge to predict just how slippery a stage will be when you practice it in the dry and then don’t see it again until the race and it’s soaking wet. This would be the same for everyone on race day and there was a lot of talk about just how slick it would be. 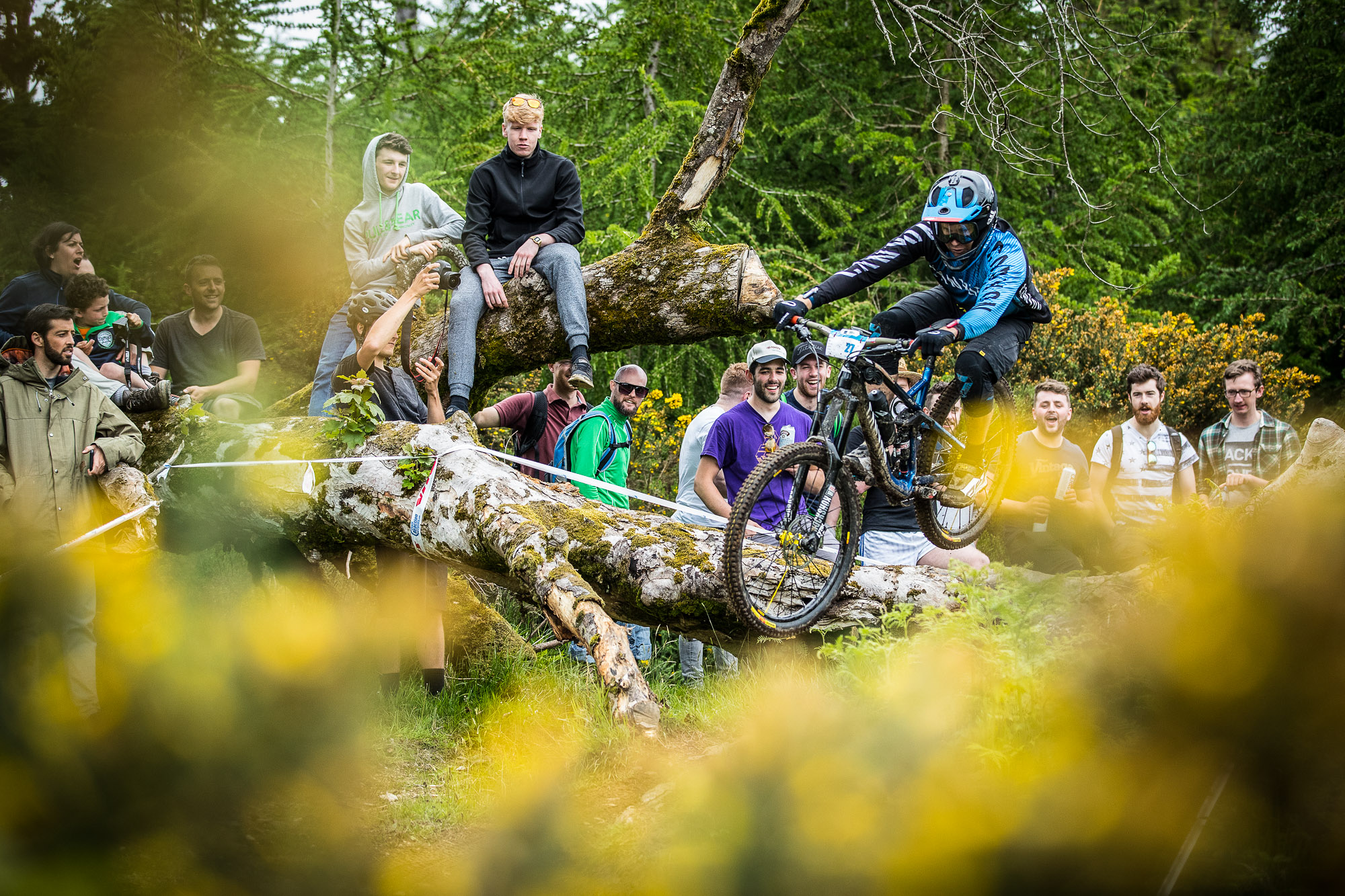 Stage 1 would be the only fresh cut stage for the weekend and it was like ice in a lot of sections. Staying on was a real challenge and the roots were deadly. I rode clean but it was a run with a lot of mistakes. Unfortunately that was something that would be a theme of the day for me.

Stage 2 was a lot drier and most people appreciated this after the deadly first stage. I again rode a clean run so it was a good start. 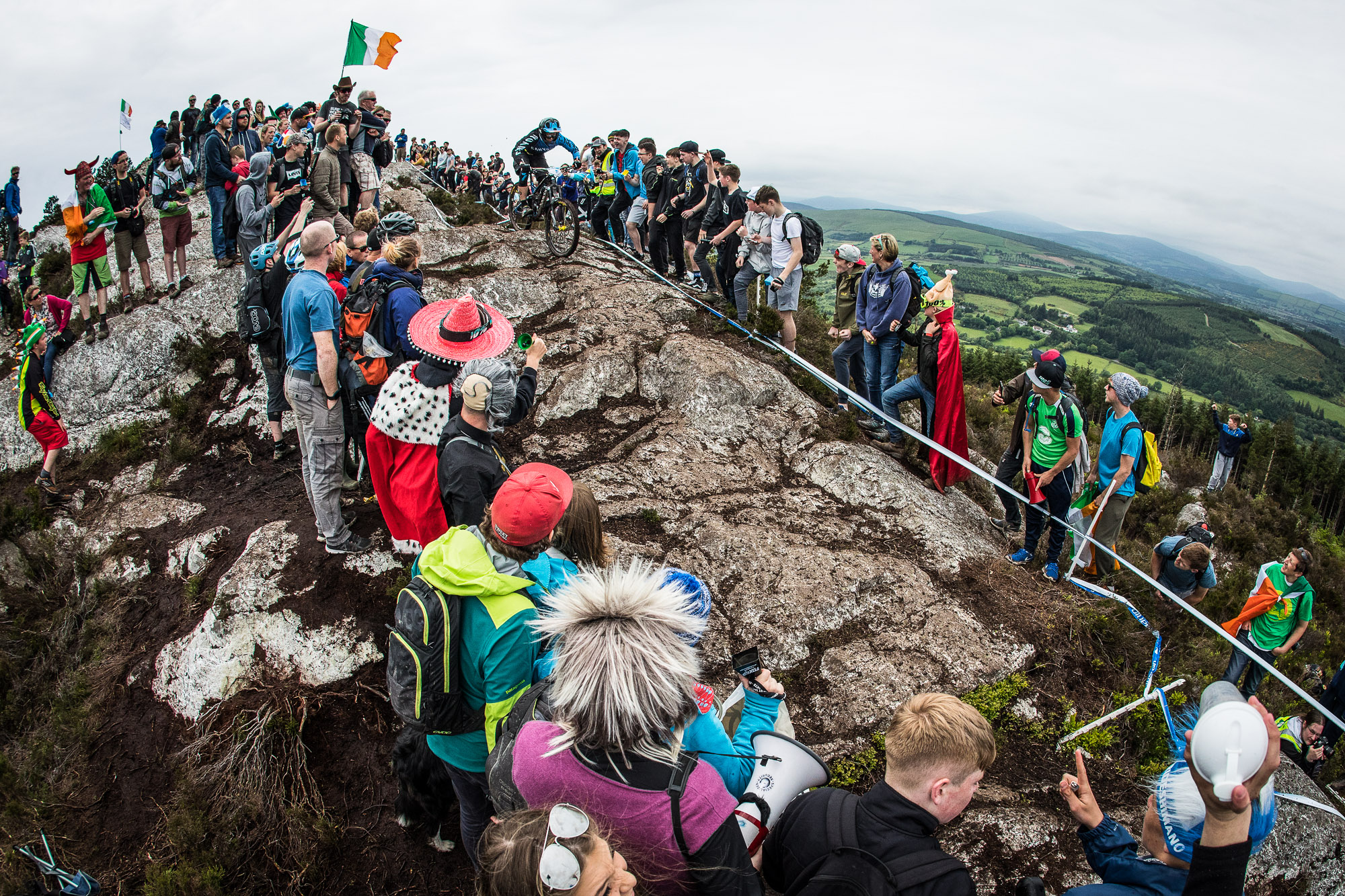 Stage 3 and this would see us on the famous rock slabs which this race is renowned for. Luckily being in the open, the slabs looked dry and the crowd was crazy like always. There was even a helicopter buzzing around filming which added to the atmosphere. I rode a little conservatively but was happy to get off those rocks without a major incident. The rest of the stage was super physical, even more so with the mud so it hurt a lot. 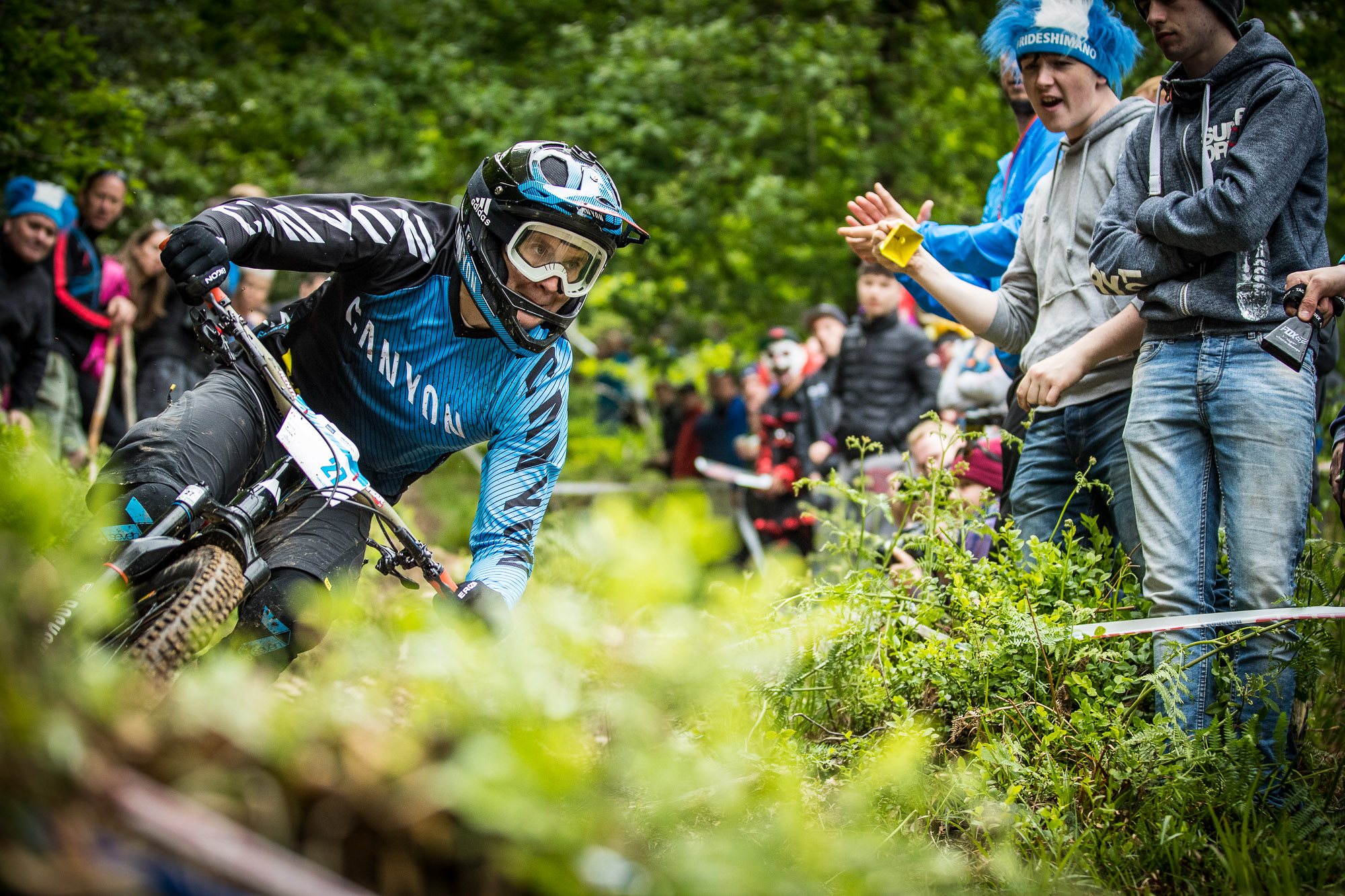 Stage 4 would take us into a quick lunch break afterwards so it was easy to keep the spirits up. I rode cleanly and stayed on but only just, as the bottom of the stage was flat and slippery.

A hurried 20 minute pit stop and we were back into the final two stages. I wanted to finish strongly and had hoped to open it up a little bit more. Stage 5 was a stage you could easily puncture on. Passing the rock garden with air in my tires was like a little win. The rest of the stage went better than any of my previous stages so I was stoked. 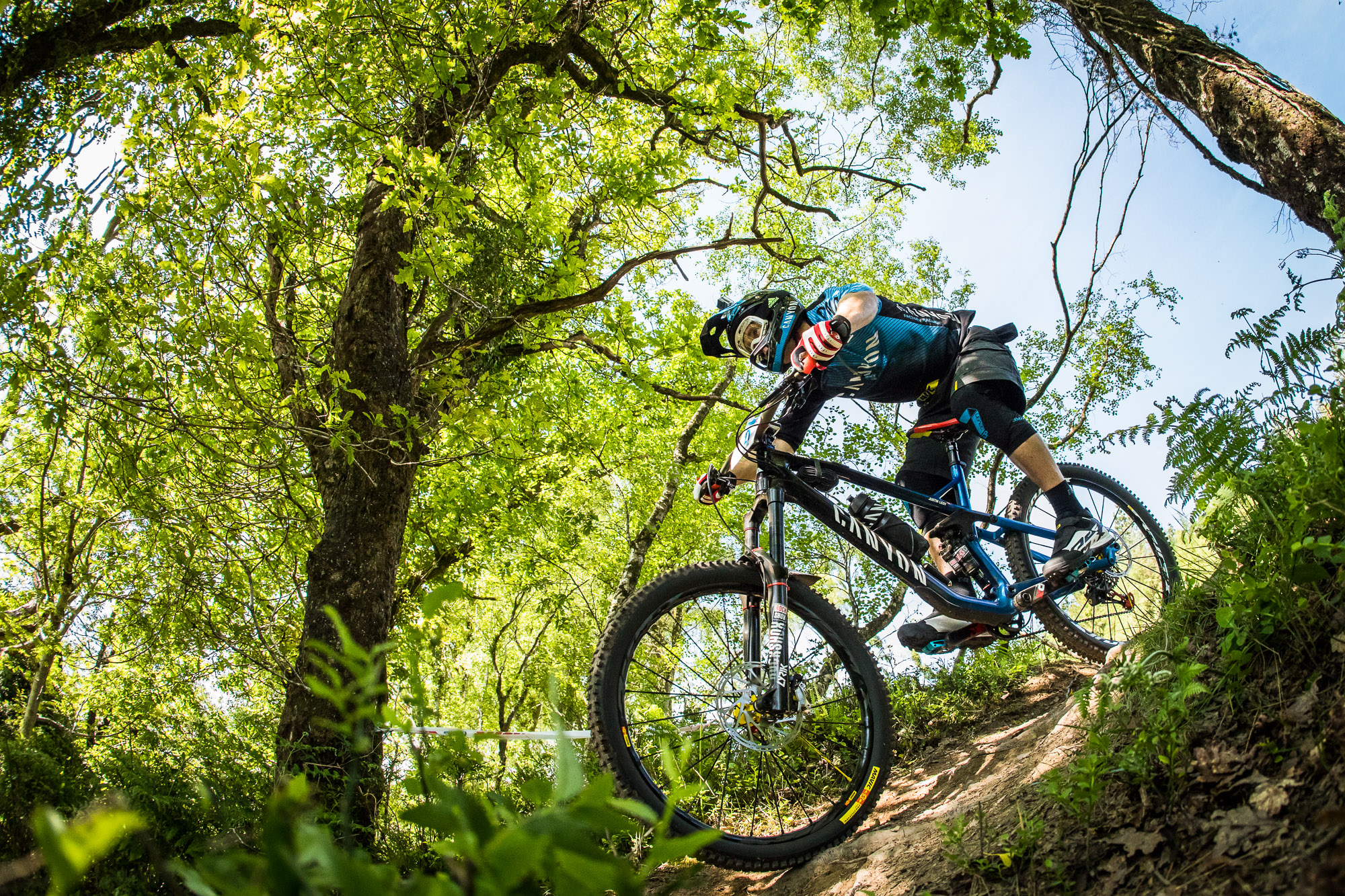 The final stage and it was now just a game of getting down cleanly but without holding back either. It’s always a fine line! Up top in the rocks I got through smoothly but a little on the conservative side.

I opened it up after that and got super wild on a road crossing when I hit a root with my front wheel and lost both feet off the pedals. I landed the road crossing on my saddle, no feet on and heard an almighty crack sound from my saddle. I don’t know how it didn’t snap off. I finished my stage without crashing and felt really happy to have made it home alive! 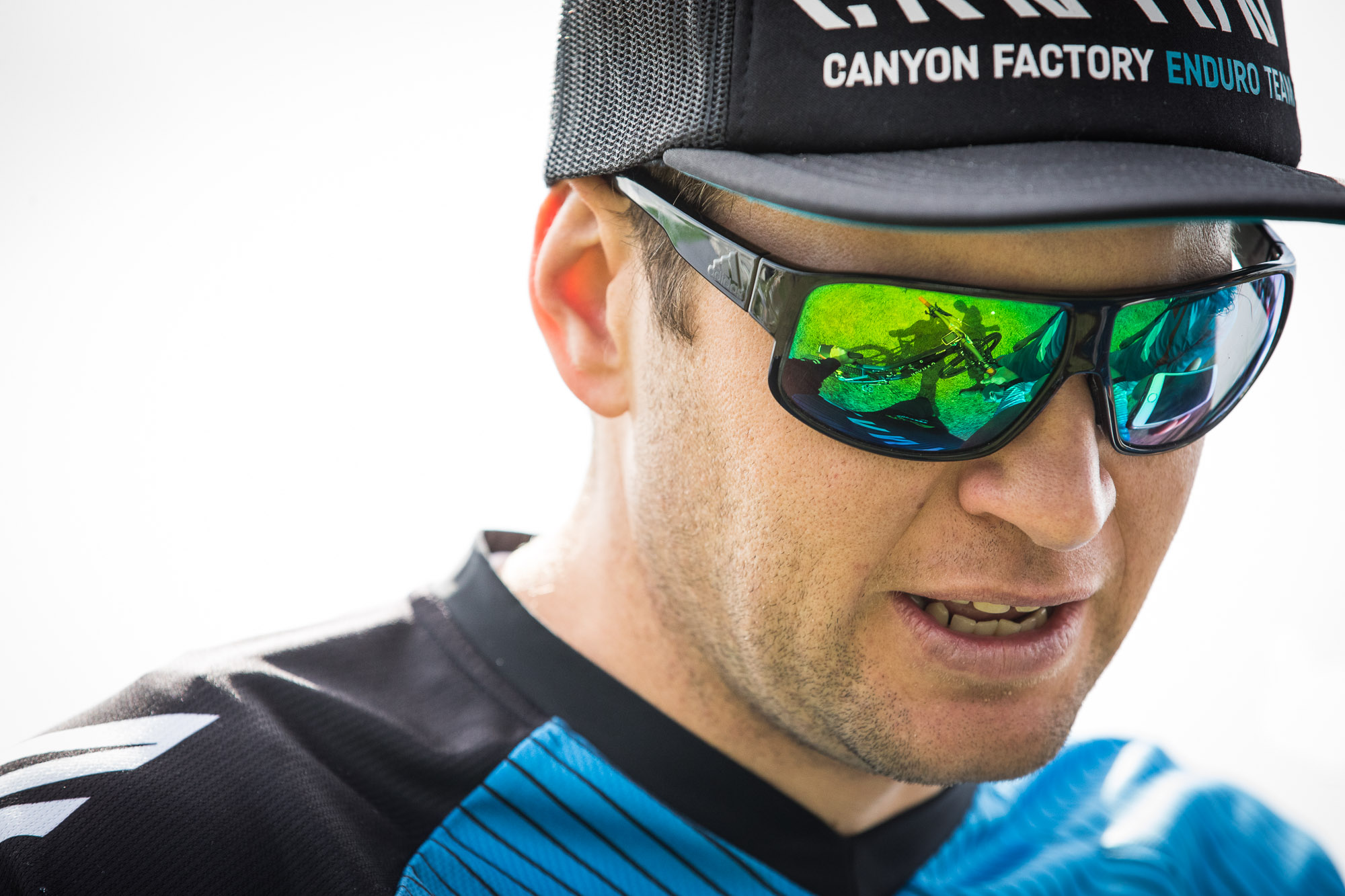 14th again so the consistency is coming back. After the conditions we raced I can’t wait for a dry race now. I think everyone will be happy to see a week of sun at the next one!

See you in France.

Healthy again It feels so good to be back healthy after Tasmania. After that race I