I think this could quite possibly be the year of all wet races for the EWS! Arriving into the south of France expecting to be arriving into summer and dusty hot trails, Mother Nature would have other plans for us! 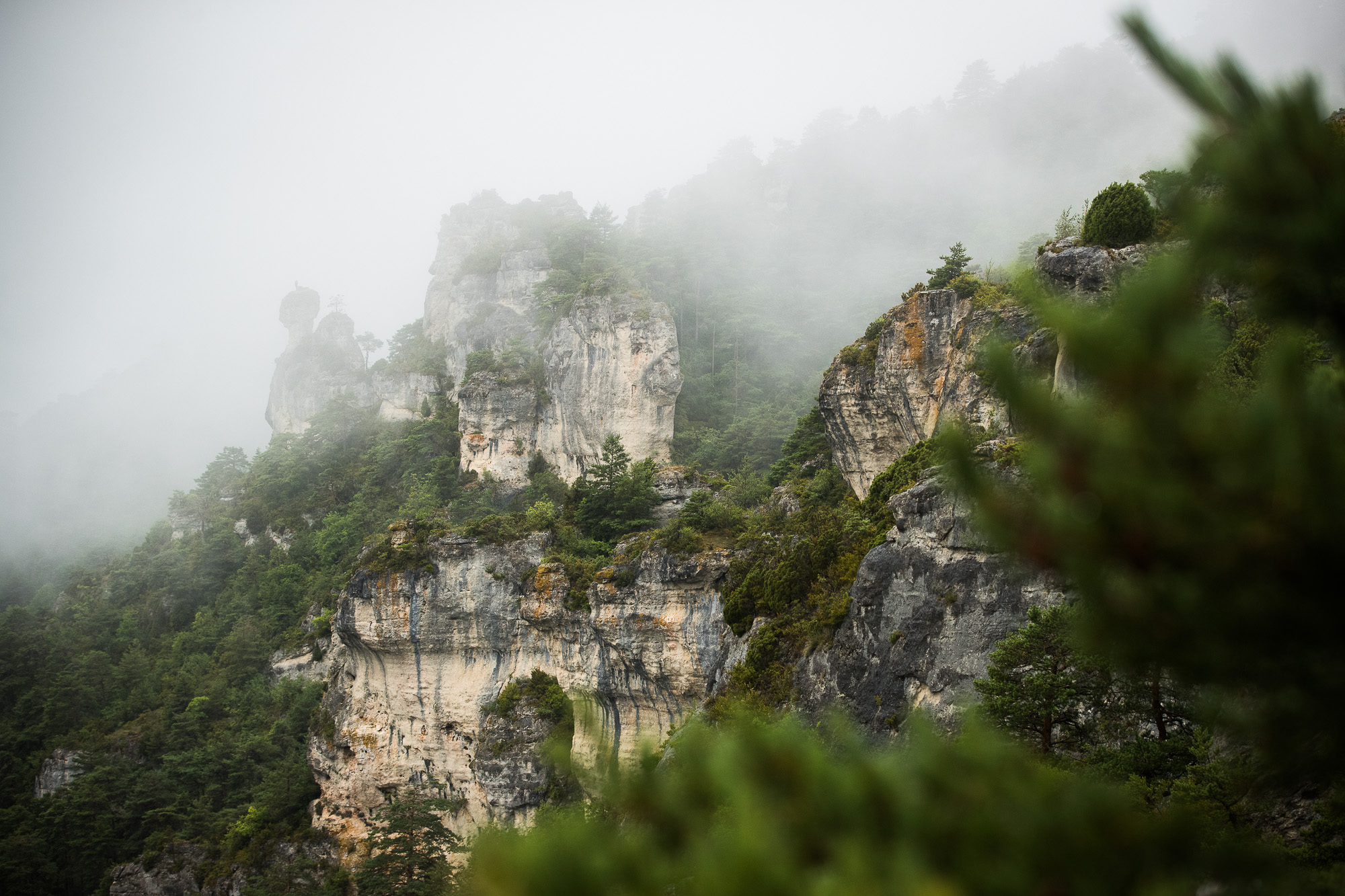 Millau would be a mixture of steep rocky trails with typical corners you need to nose pivot around. You see a lot of these in the south of France. Physical stages and physical liaisons would also be on the menu. It would be another super battle for both body and bike. With the rain coming in we were going to face mud, wind and cold conditions all blended into one big washing machine for the week. 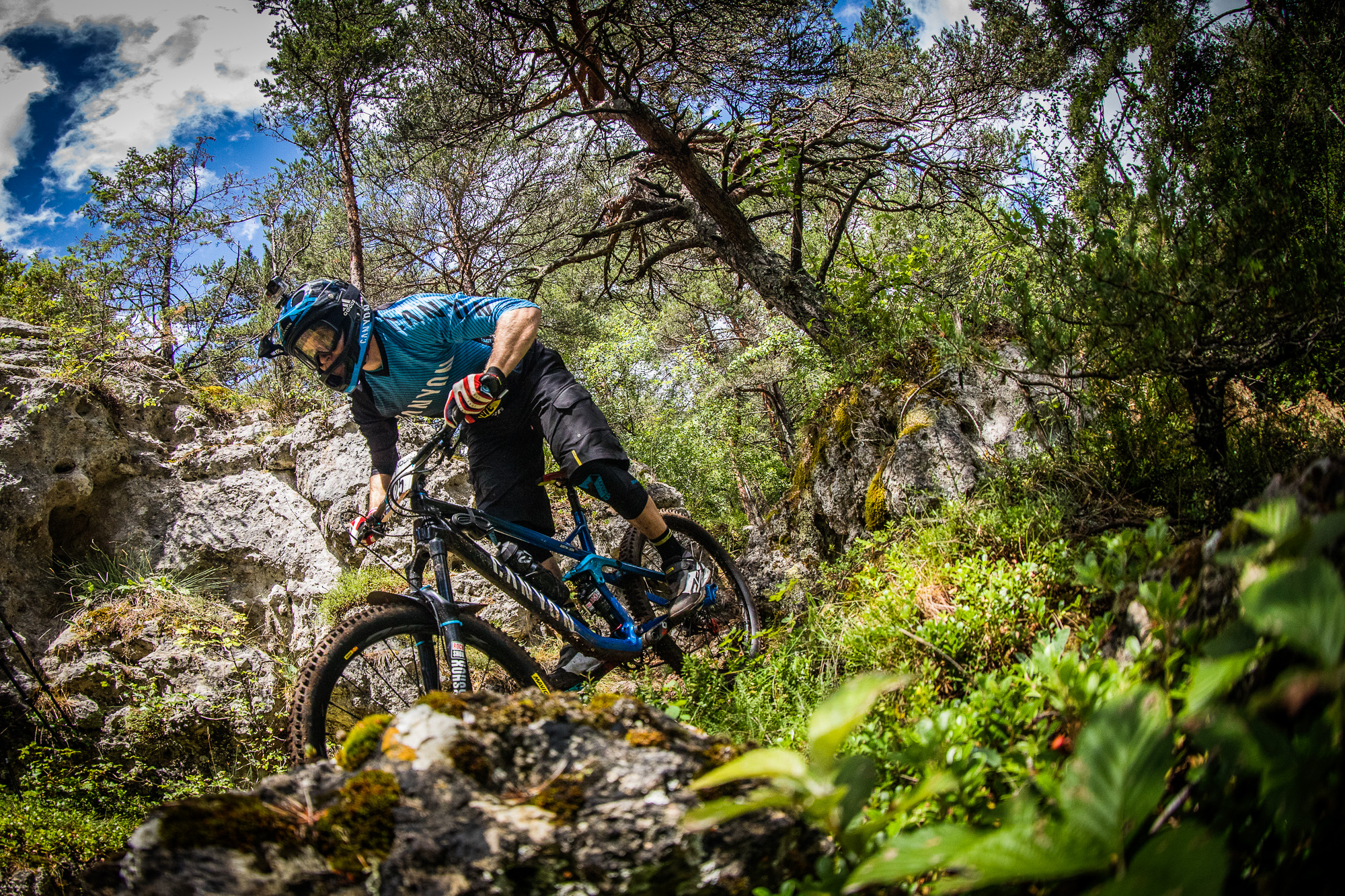 Starting practice I felt confident on the trails. I did however realize that as soon as the rain came down this was going to be a race where you would be dealing with problems and there was a lot that could happen to your bike or with crashes that could affect the outcome. A few small crashes in training out of nowhere reinforced my thoughts about this. 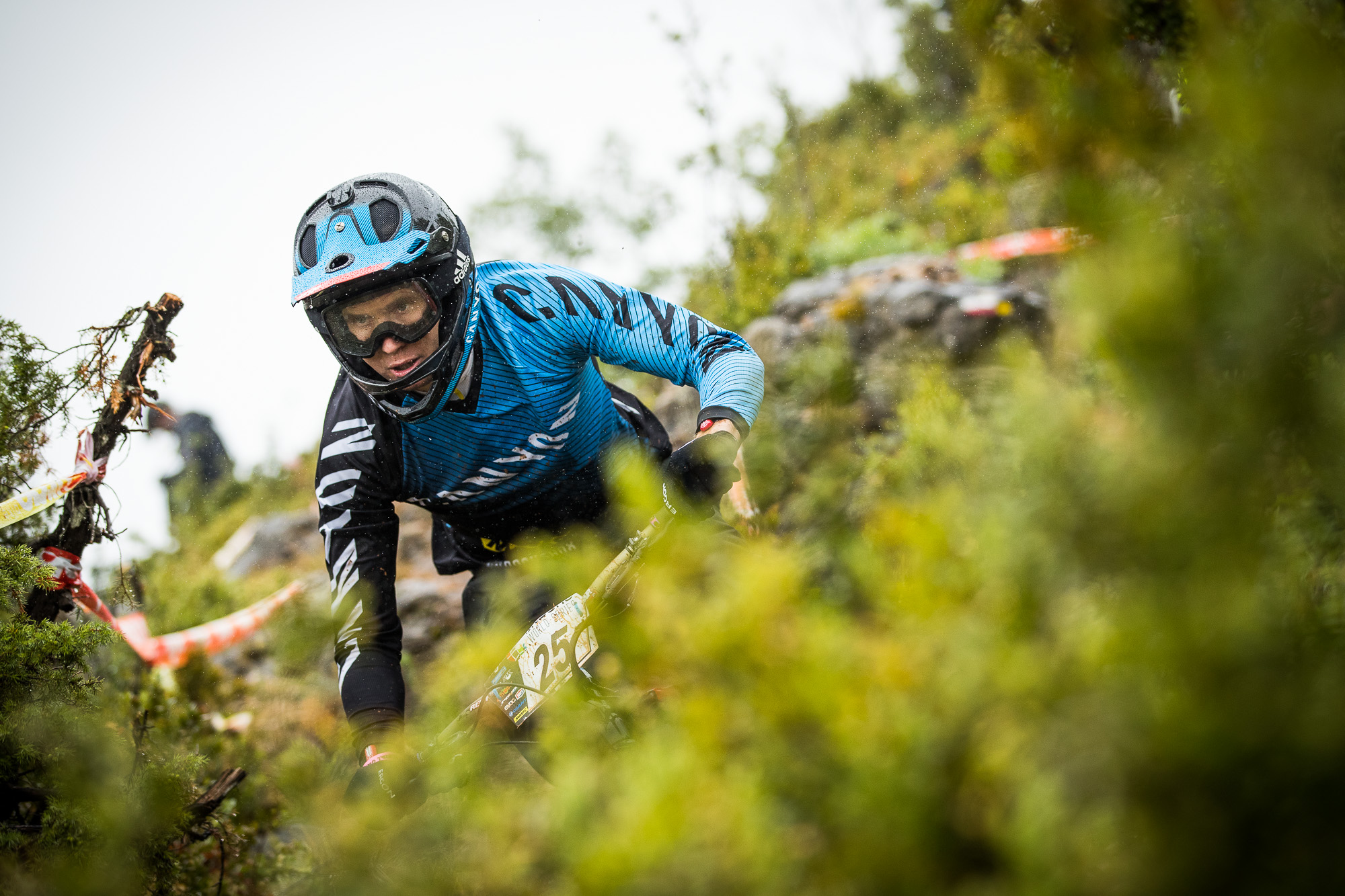 Onto day one and we would see a slippery start; first stage of the day had a bit of everything but the steep sections would need care to stay on your bike at race speed. About mid-way into this stage I caught a rock to my pedal and I’m unsure if it was my foot or a rock but something ripped my top chain guide completely off the frame. I looked down in horror to see my chain off and the damage. Having to run the small uphill sections in that stage I was starting to think my weekend was over. 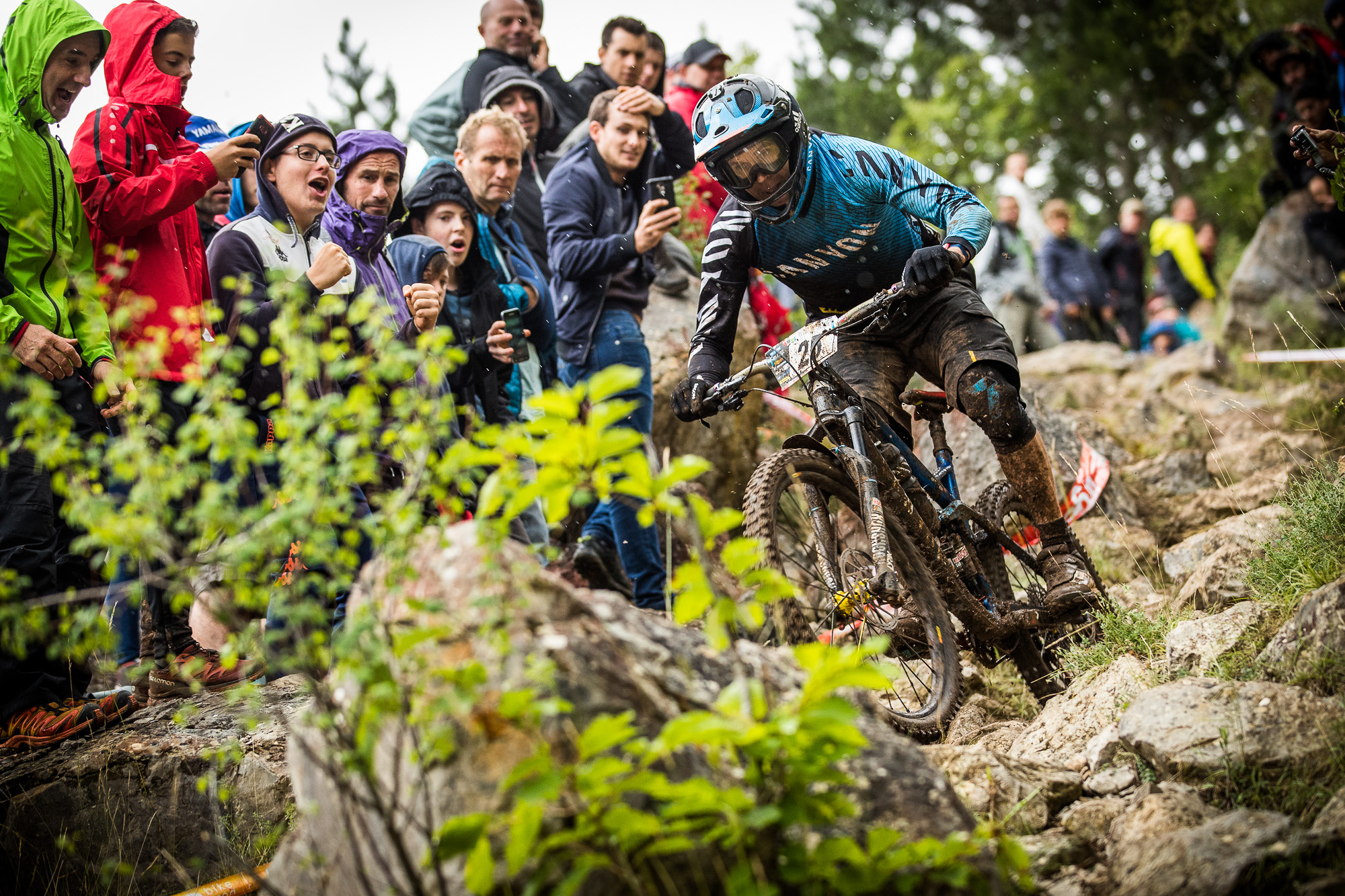 On finishing that stage I was able to remove the busted guide and broken parts off the frame and continue up the liaison to stage 2. Without a guide I was unsure what stage 2 would be like as it was really bumpy and fast and had a long uphill mid stage. Unfortunately I would lose my chain again after the rough section and stopping to put it back on before the climb, Jose (30seconds behind me) would catch and pass me while I was on the side of the course. I finished out the stage and knew I needed to get to the tech zone asap to see what Larry my mechanic could do to fix the problem. 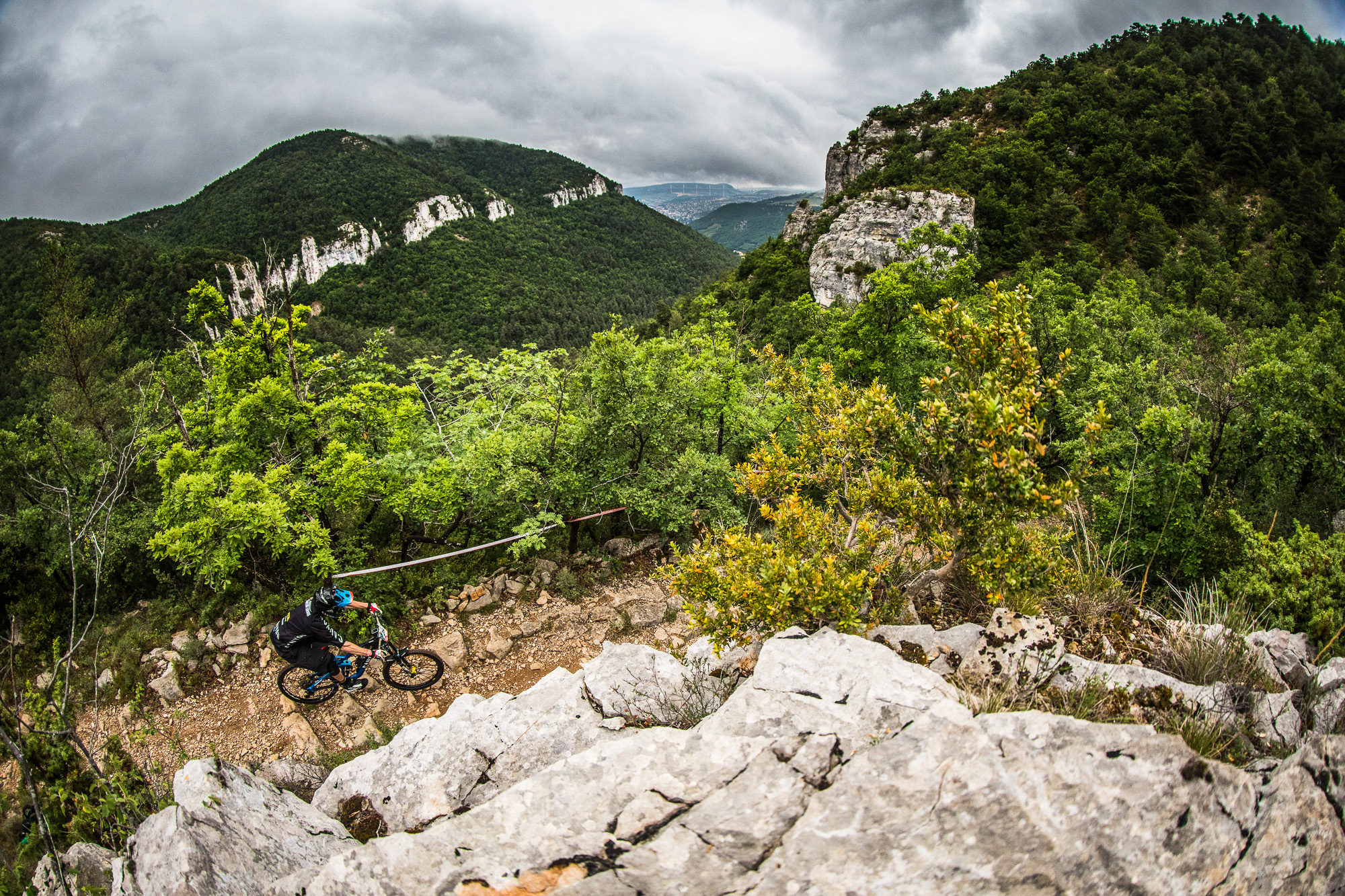 Being that I had damaged the frame Larry came up with a fix that consisted of three zip ties and a small metal ring that the chain would go through. This was made under the chain stay. Although it was now very noisy to pedal it was our best shot in such a limited tech zone time. For stage 3 my chain would stay on and I was able to get through stage 4 as well without losing it. Heading up to the final stage of the day it had been a mental and physical battle and no one really knew what time we needed to be at the top for. 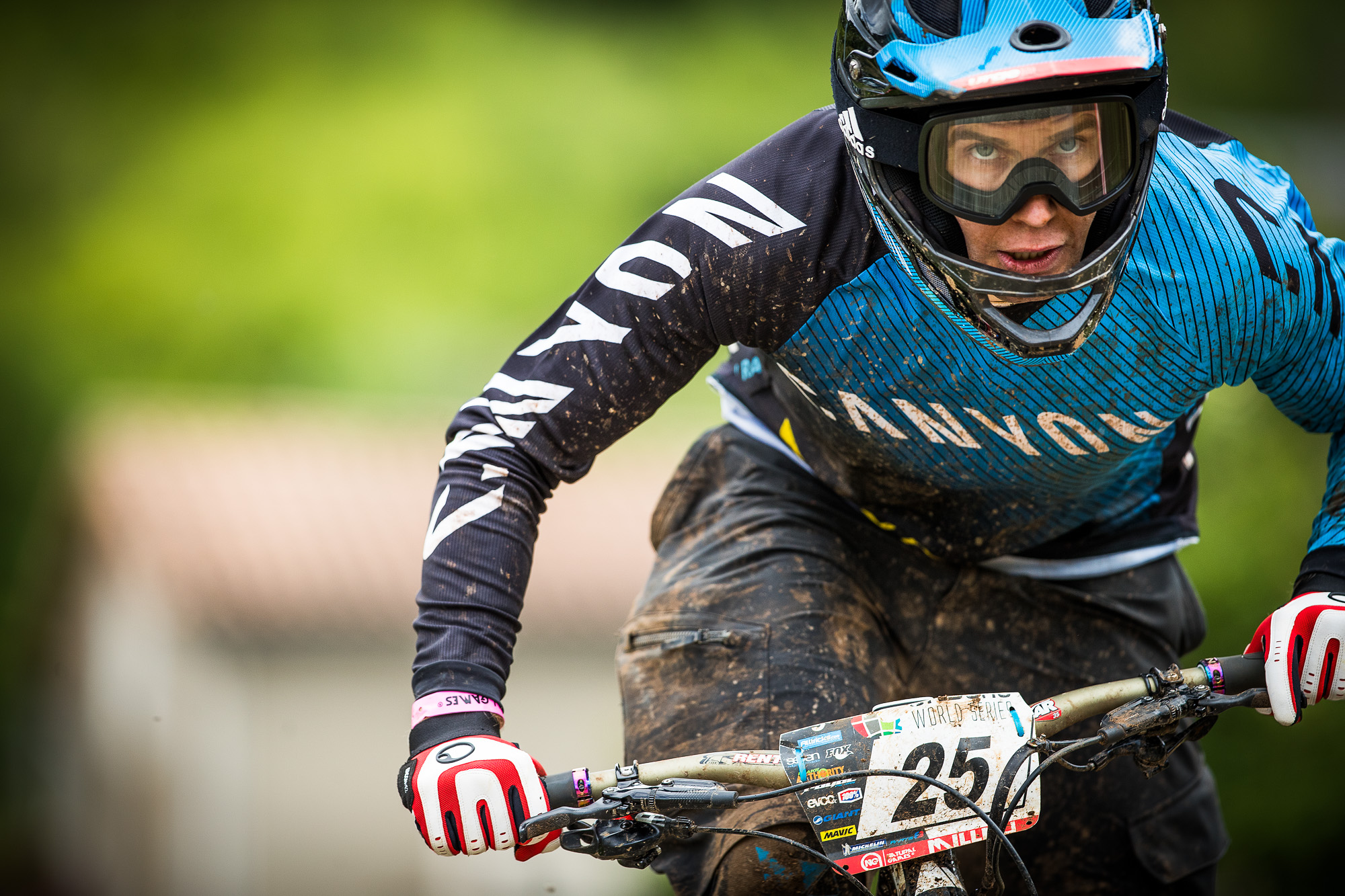 Through the day there had been many delays and it seemed the communications between the organizers was getting lost to the starting marshals. Feeling like we were late for the final start a lot of riders were on the red zone to make the stage start. Arriving to freezing cold and rain the start marshals would tell us we had to wait up to 30 minutes more and as most of the top 20 were already there some heated discussions got us all on track earlier. No one wants to stand in the rain after 6 hours to freeze with no shelter.

The final stage was best of the day with traction as it was raining full on and washing away most of the slippery mud. I would unfortunately lose my chain again and finish my day coasting to the finish line. Tough day in the office! 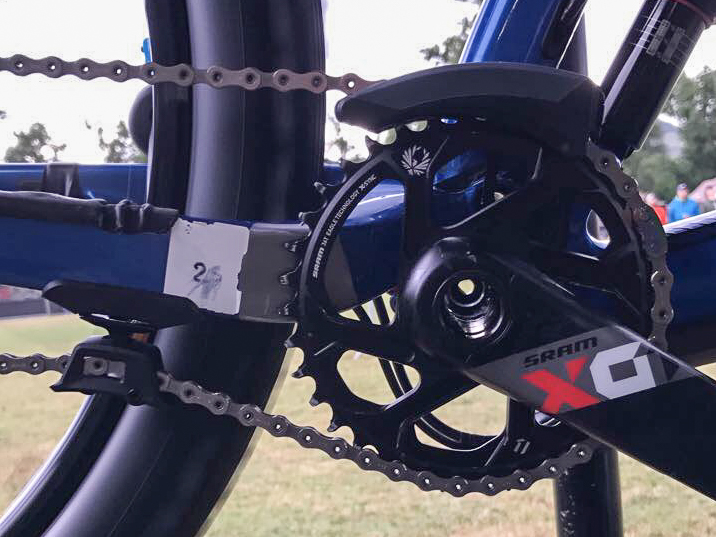 Day two and we were forecasted better weather. Not to be! Larry had done a really top job of my chain guide setup for the second day and I no longer had to worry about the chain coming off. I was pumped about that! We would see fog and rain for the first two stages and a lot more mud to deal with today. Vision and keeping your drive chain going were the two important issues to take care with. After each stage it was super important to clean goggles and get them straight back into a zip lock bag to save them from getting wet for the next stage. 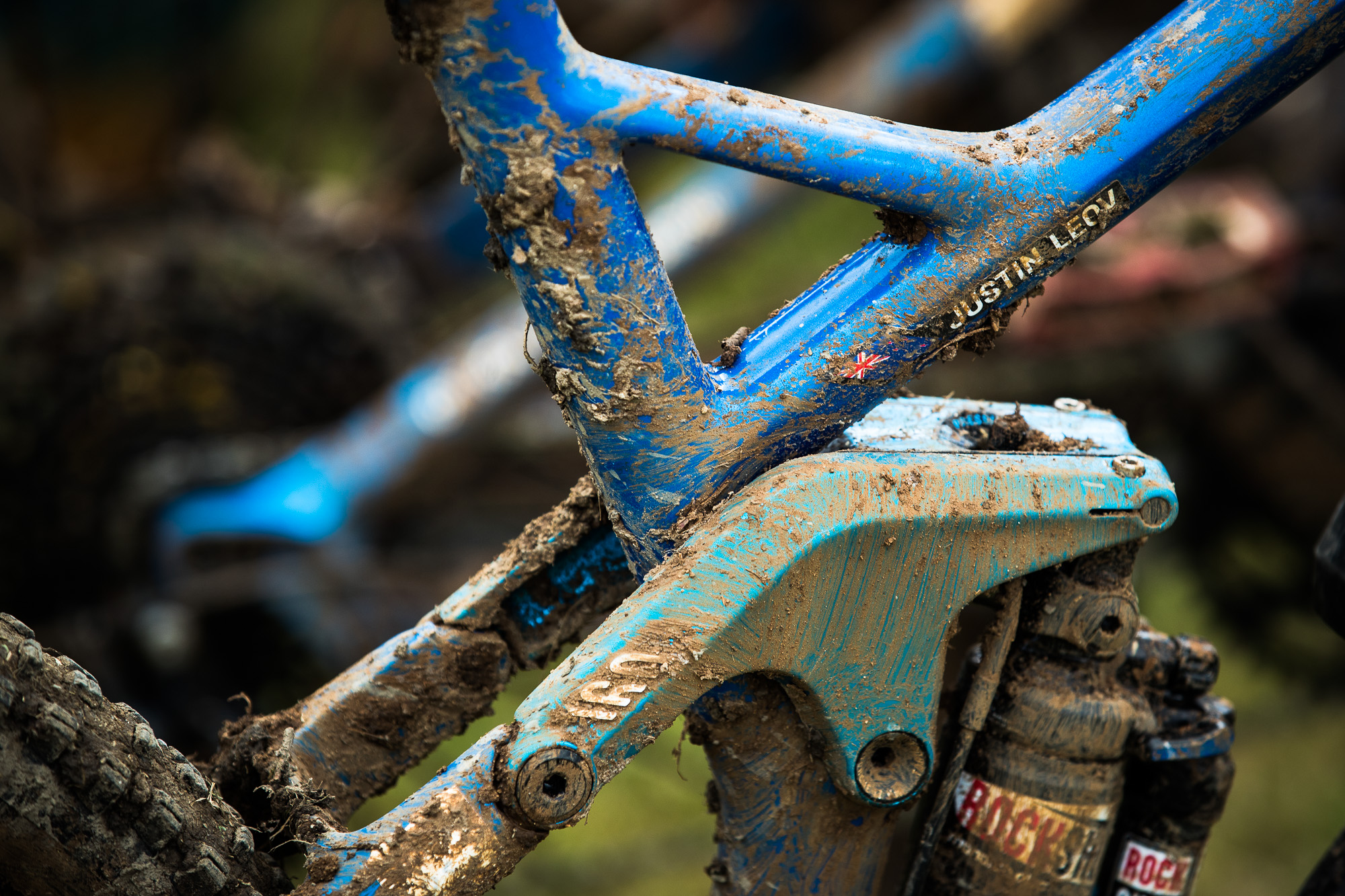 The liaison to stage 8 was riding through mud which was changing from wet to boggy. It would stick to everything and you needed to stop and use a stick to remove as much mud as you could at intervals along the liaison. Dropping into stage 8 I was feeling really good and liked the stage. I didn’t however plan for a root taking my front wheel out on a steeper section and I was on my face before I could even let go of the handle bars. Getting up as quick as I could I straightened my bars and rode the rest of the stage well. Frustrating but part of racing.

Last stage of the day and this time around it was a relaxed ride up and everything on time. Track conditions much better and no mechanical issues made for a much better feeling crossing the finish line. A huge weekend and so many tough moments. 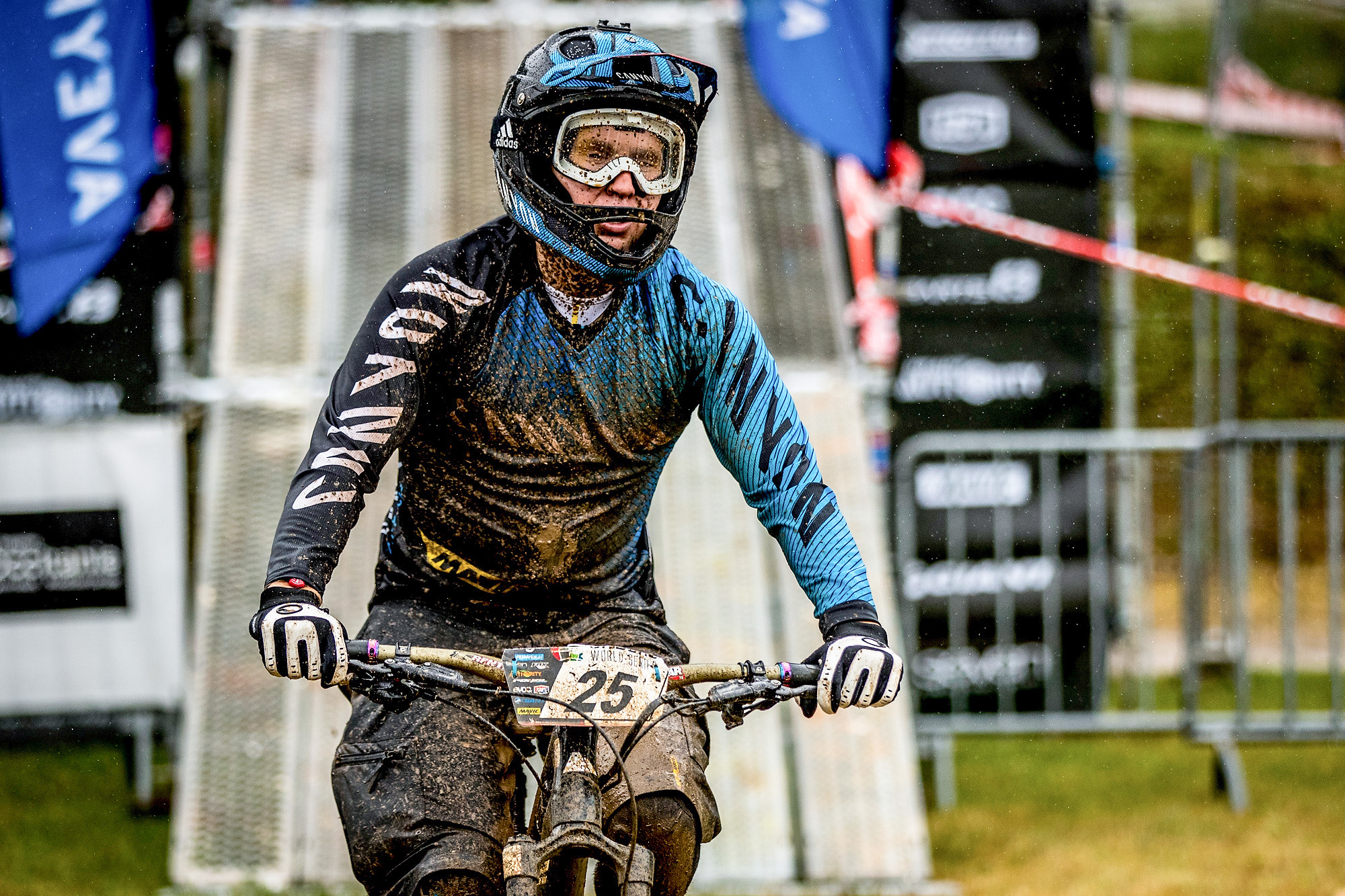 I finished this hard race in 50th which although isn’t that good is still better than a DNF which hurts the overall much more. To finish a race like this is a win in itself!

I think we all are crossing our fingers for Colorado being a dry race!

Will the rain ever stop? This week saw me back to one of my favorite race

Healthy again It feels so good to be back healthy after Tasmania. After that race I